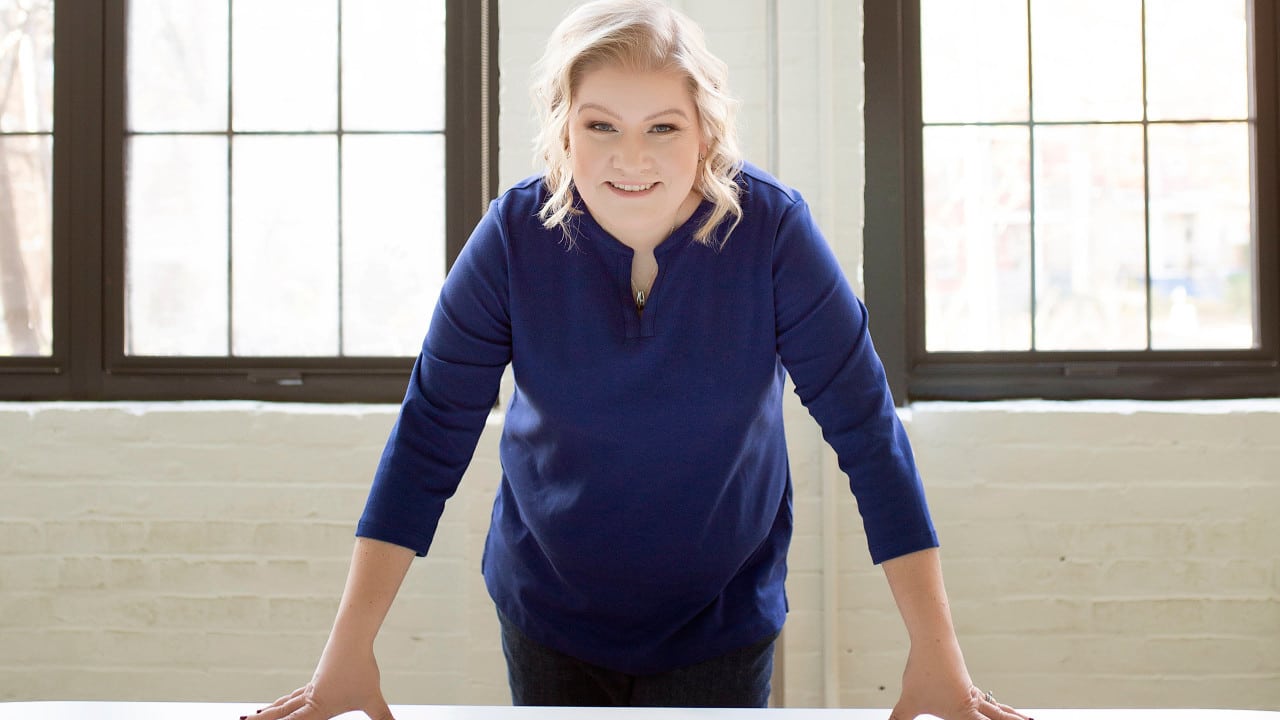 ​I am a Small Biz Mama. I own two businesses, a tax and consulting firm and a digital media company. In 2019, I founded Bookkeeper Training School, where I help moms create a full-time income while their kids are napping as virtual bookkeepers.

Winning at Parenting with Jeffery Ingram

Welcome to third post in the series Winning at...with Jeffery Ingram.  Today we're going to share about parenting and how we parent together.

Before Erik was born, we had a podcast called Small Biz Life. You can go to smallbizlife.com and check it out or wherever you listen to podcasts.  It has a lot of timeless things that are still relevant today. We stopped doing that show together because it was just too hard for us to schedule as Erik got older.

But for now, we will share what has worked for us to parent together in the midst of businesses, COVID, and all the things. 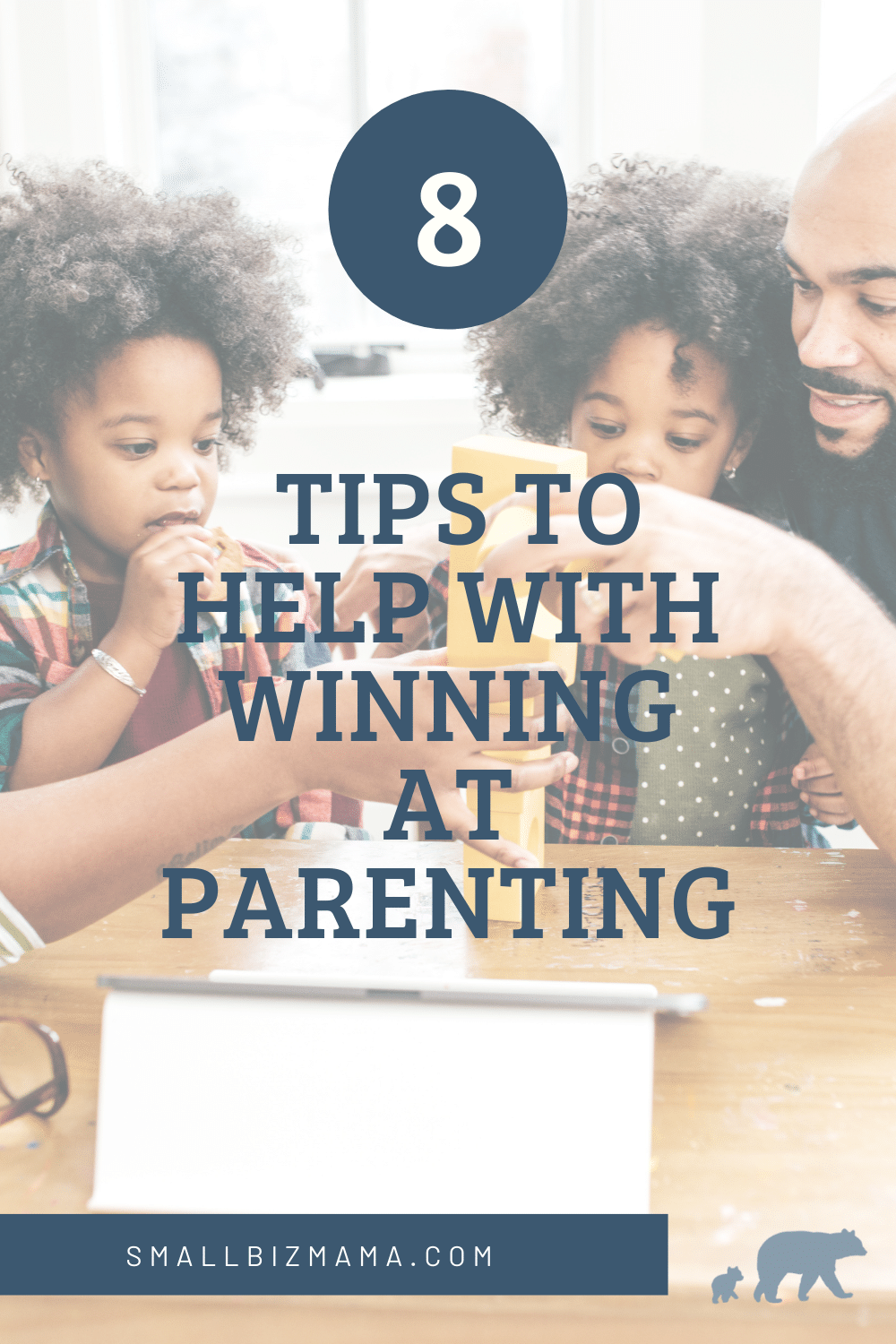 When Erik was really small, we took advantage of the time when we could work.  If you listened our business episode, you'll find that Kristin works really well in the morning.  When she wakes up when she's supposed to, it can start the rhythm. The problem is if she has to wake up two hours early, her body will reject that rhythm.  She needs her sleep and she needs to wake up about the same time.

Since I was a soldier, I can wake up anytime and my brain will force me to explore and do it.

When Erik was a baby we had a 2:30am cutoff time.  Kristin was more of a night owl, and I was the one waking up in the morning with Erik. So Kristin would take care of Erik before 2:30am and I would be on duty after that.

We had Erik in December. And being a tax accountant, we were going right into tax season with a newborn. Both of us were working from home. And so we had to figure out a way to make this work instantly. There was no room for error.

We had to figure out how to make this whole thing work with a newborn. Luckily newborns sleep a lot, but they don't necessarily sleep a lot at night or in a row.  We read the book Baby Wise, and it helped tremendously.

We created this sleep, eat, sleep, play cycle. And we would just cycle through that all day. That was really critical to us being able to get stuff done when Erik was really little.  All bets went off when he started walking though. 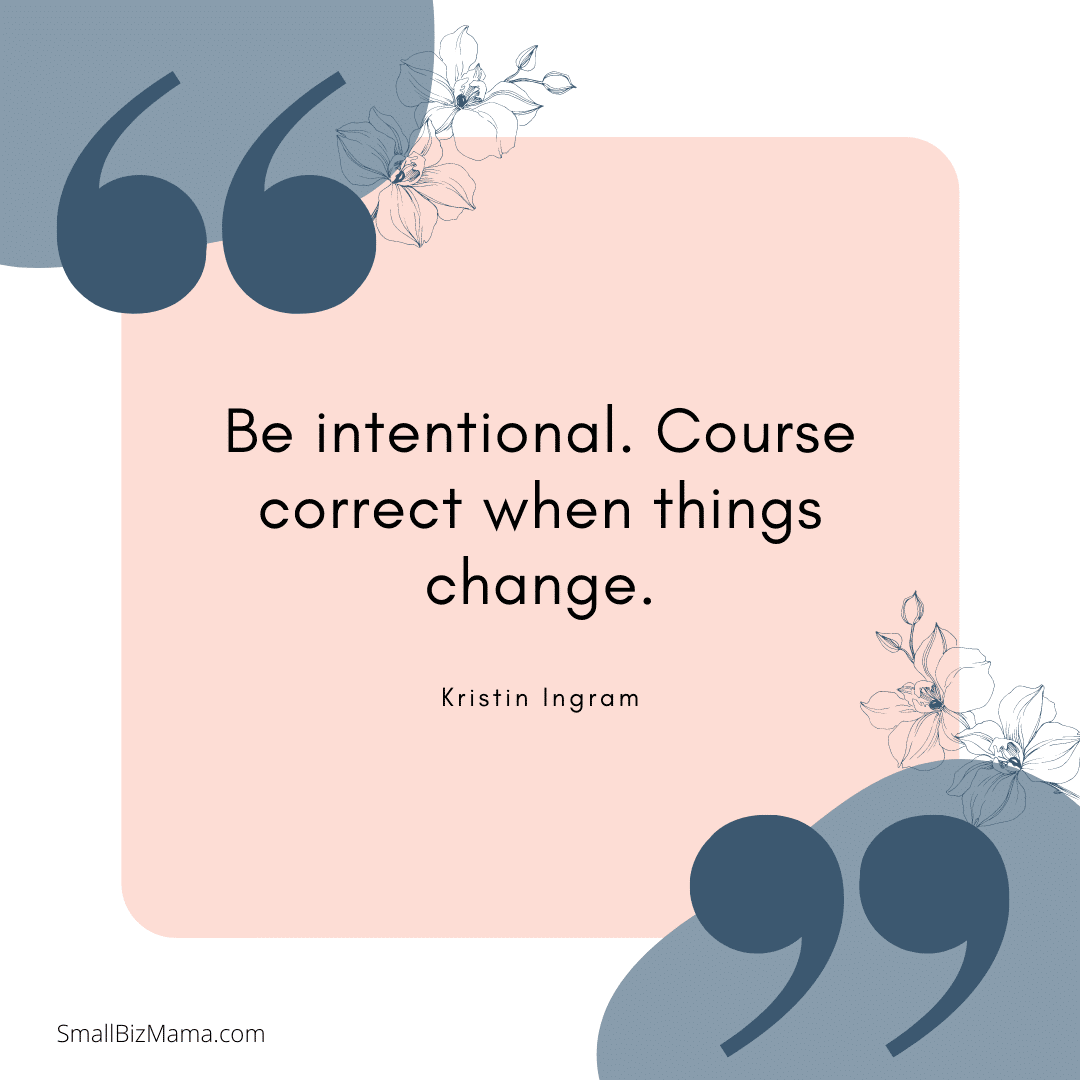 Every parent goes through this at some time. When he was one, he was mobile and experimenting. Then he was two and three, and he starts to have his own opinion.

It's the realization that there's always going to be changes. You have to be cognizant that it's always changing.  All kids develop differently. "Average" is just a lie.

Having an on-call parent to help with winning at parenting

One thing that was really hard for Jeff was that he wanted to fit all his work he was doing into the time he had. Erik was only taking one nap.

And that's really impossible, especially during tax season. Because Kristin has to have more desk time. You need help to get any work done, especially if you're the on-call parent.

You know that which parent is on-call from what time to what time. 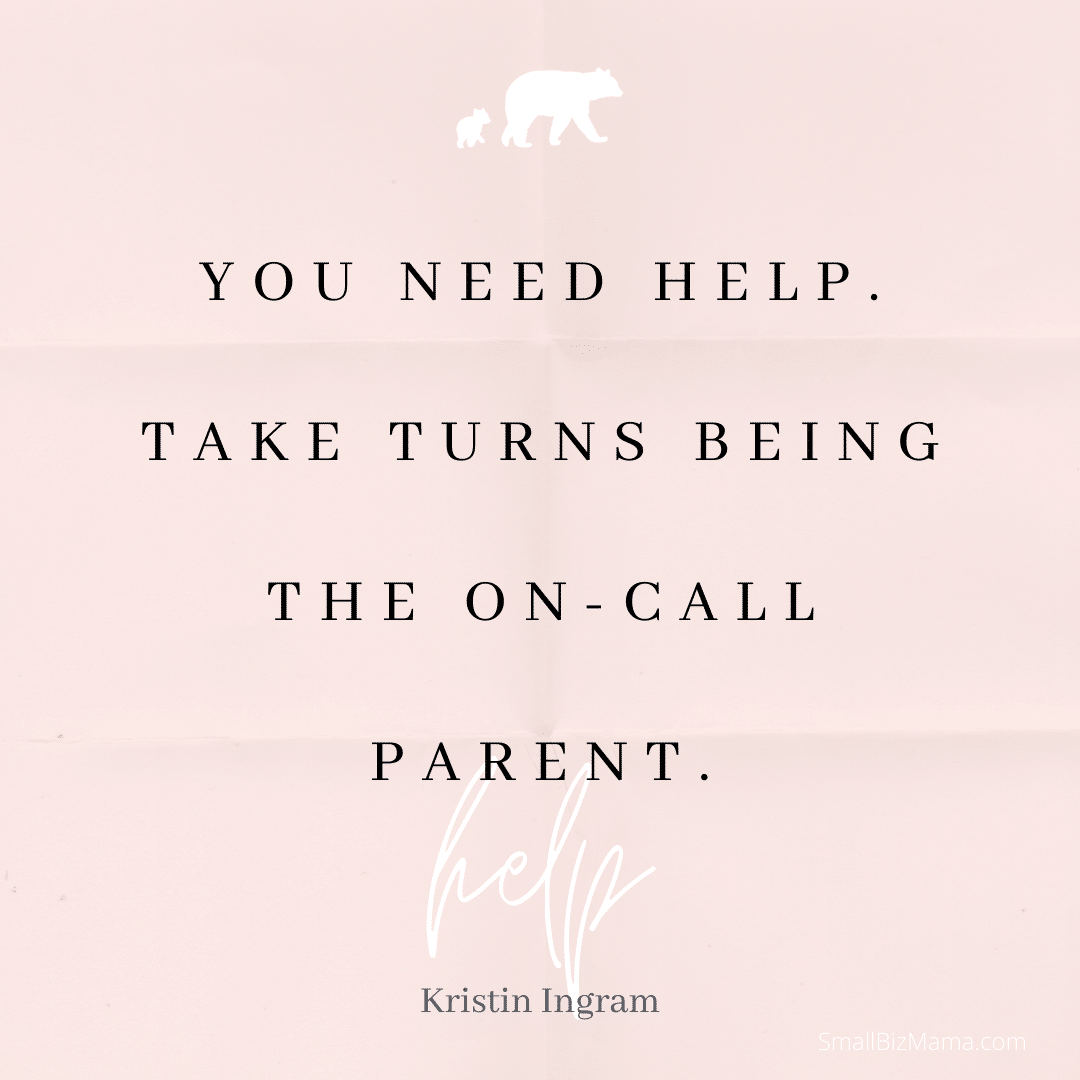 I tend to work in the mornings and Jeff works in the afternoon. So the way that it typically works outside of tax season is if Erik naps, then I can work a little bit more in the afternoon. But if he doesn't nap, I'm getting up with Erik.  However, during tax season, that kind of flips.

There are times that Jeff won't get into the office in a day and that is frustrating for him.

Erik will not let you be on the computer. We don't want too much screen time. Since Erik is an extrovert, he needs interaction with people. He demands that interaction.

And when you're three and you demand interaction, you will keep doing bad things to get the attention if that's all you can get. Even with introverted kids, there is always a need to interact with their parents.

Teaching independence at a young age

When Erik was really little he just had to entertain himself. He had a little area in our office. He was either in the pack and play or he had a bigger play area. So he would play on his own and we always encourage that, but he was always with us. This allowed him to develop some independence really young, which allowed us to get more done.

And even now we have this technique. On a good day we can get him started on something. And once he gets started on an activity, he can sometimes go up to an hour and be focused.

Kids need to learn from you. So they want to be with you.

Figure out what your kid's thing is

You need to figure out what your kid's thing is. Erik will play with his trains and trucks for a long time. He's at the age where he likes to sort things.  He keeps going in and out of this sorting cycle. He likes to sort pom poms into little cups. We got him these cool buttons.  They come in different colors and different shapes. And so some days he'll sort them by shape. But some days, he'll sort them by color.

If you have a little bit more tolerance for mess, you can put shaving cream on a tray with some little spoons and measuring cups. You can put some water in the sink and let your kids wash their trucks or matchbox cars. Play sand, like Kinetic Sand that sticks is also a great activity. Play-Doh is very effective. Watercolor paints are another favorite. There are lots of activities you can do. It just depends on your mess tolerance.

As your kids get older, then those needs change. But there's so many activities out there for kids. Use Google or Pinterest to find lots of stuff.

The biggest thing though, is the realization that when you're doing something with them, you have to be fully present. Your child will know when you're not being fully present and they'll be very vocal about it.

Even if they are not very vocal, they absorb all of the information. Typically most bad behavior is just essentially trying to get your attention.

Kids at a certain age will go nuts when they are tired and don't want to fall asleep.

A book that really helped us with this is "No Bad Kids" by  Janet Landsbury.  That book has a lot of great techniques for working with your kids. But also like Jeff said that the understanding that really little kids are not trying to be bad. Most of the time they just want your attention.

Sometimes it's not right now. But kids don't know that.  It's all about learning. Even when they're dropping things on the floor, they're trying to learn how this thing will fall at this moment in time. And they might have to do that a thousand times. So get them something that they can drop because they will want to do that activity.

You can get them started doing a similar activity that they are trying to absorb.  They'll go through these different phases. And if you focus it and get them started and let them play a little bit, let them make a mess a little bit, or work with someone who will do that. You know, it will ultimately help them become more independent. 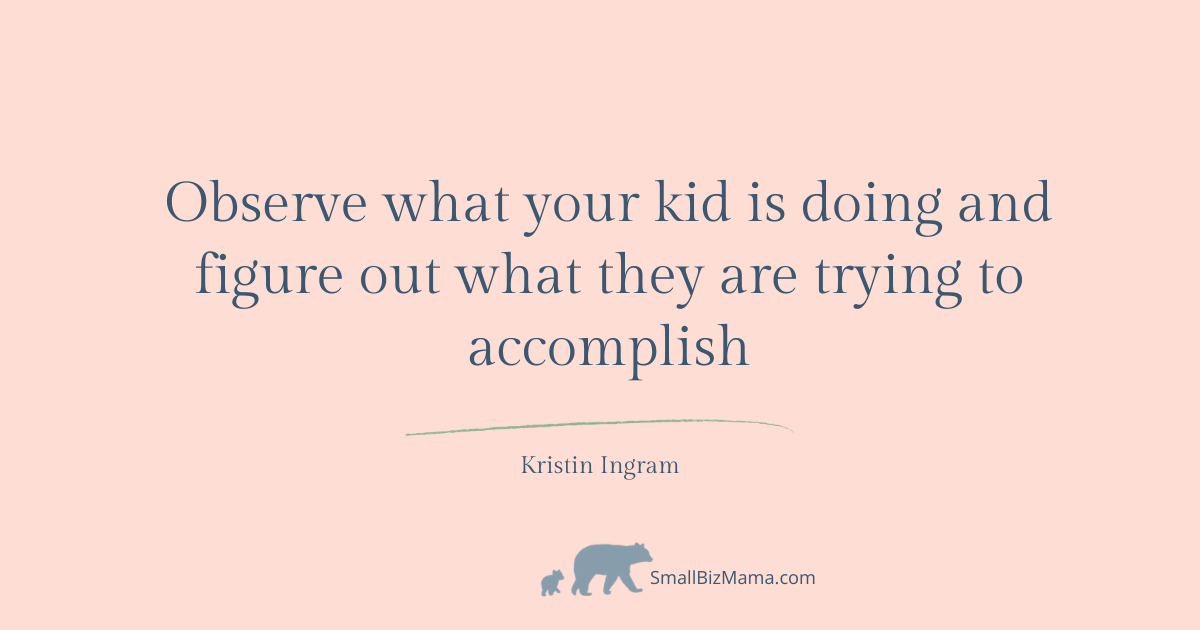 How we use Montessori to help us with winning at parenting

We read and study a lot. And we've adopted a lot from Montessori. Knowing that there are certain phases that your kid goes through is so important. For example, if Erik is in a mindset that he needs to sort, he's going to sort whatever he can find.

And so if I don't give him something to sort, you're going to find the weirdest stuff around the house.

He will go through phases where he needs to dump things. And so for a long time, that was feeling like putting random stuff in those containers so that he could dump them into his truck and then dump his truck and do it again. And so when he goes through those phases, we need to give him stuff to pour and stuff to dump into. It's a really good opportunity to give him a bowl of water and some measuring cups.

Observe what your child is doing

You need to be constantly coming up with a solution that solves a problem. And figure out what's the next thing.

But if you're constantly in the mode that you're observing, then figuring out the next thing is easier.  We're not parenting experts by any stretch of the imagination. But the thing that we do do is  we experiment. And we observe and we just try to see what's going on with our son. 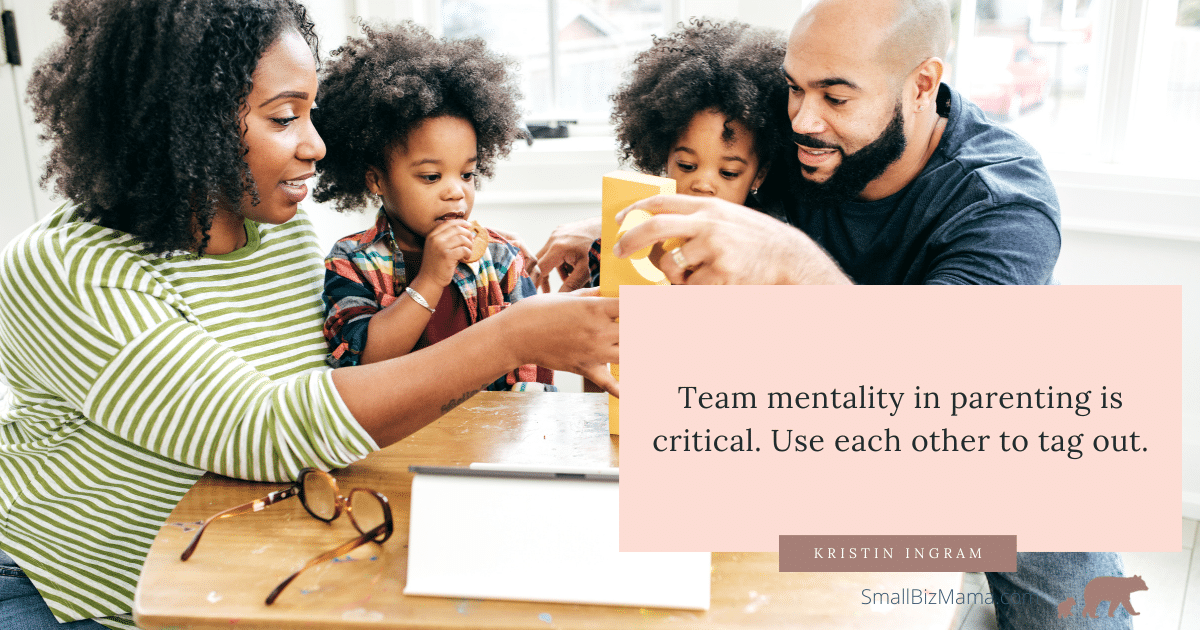 Team mentality will help with winning at parenting

But then the other thing is that whole team mentality. It's us versus him. And sometimes it takes both of us. We still lose and we still lose sometimes.

This helps you observe in a different way.  You can both have a discussion together and figure it out.

In everything that we do, we try to be intentional. We try to course correct when things aren't going well. And at the end of the day, we always go back to, we are a team.

Sometimes you have to question yourself and see if being upset over and over again is making anything different. It probably isn't. And so you have to be able to sit there and figure out what you need to change.  To try a different tactic. And it's tough when you're in that moment.

But sometimes if you can at least go back over in your own head or hopefully you have a spouse or a loved you you can work with  to come up with better ways to do it.

Working together as a team is ultimately what will help you with winning at parenting.

Let us know in the comments below what tips and strategies have worked for you. 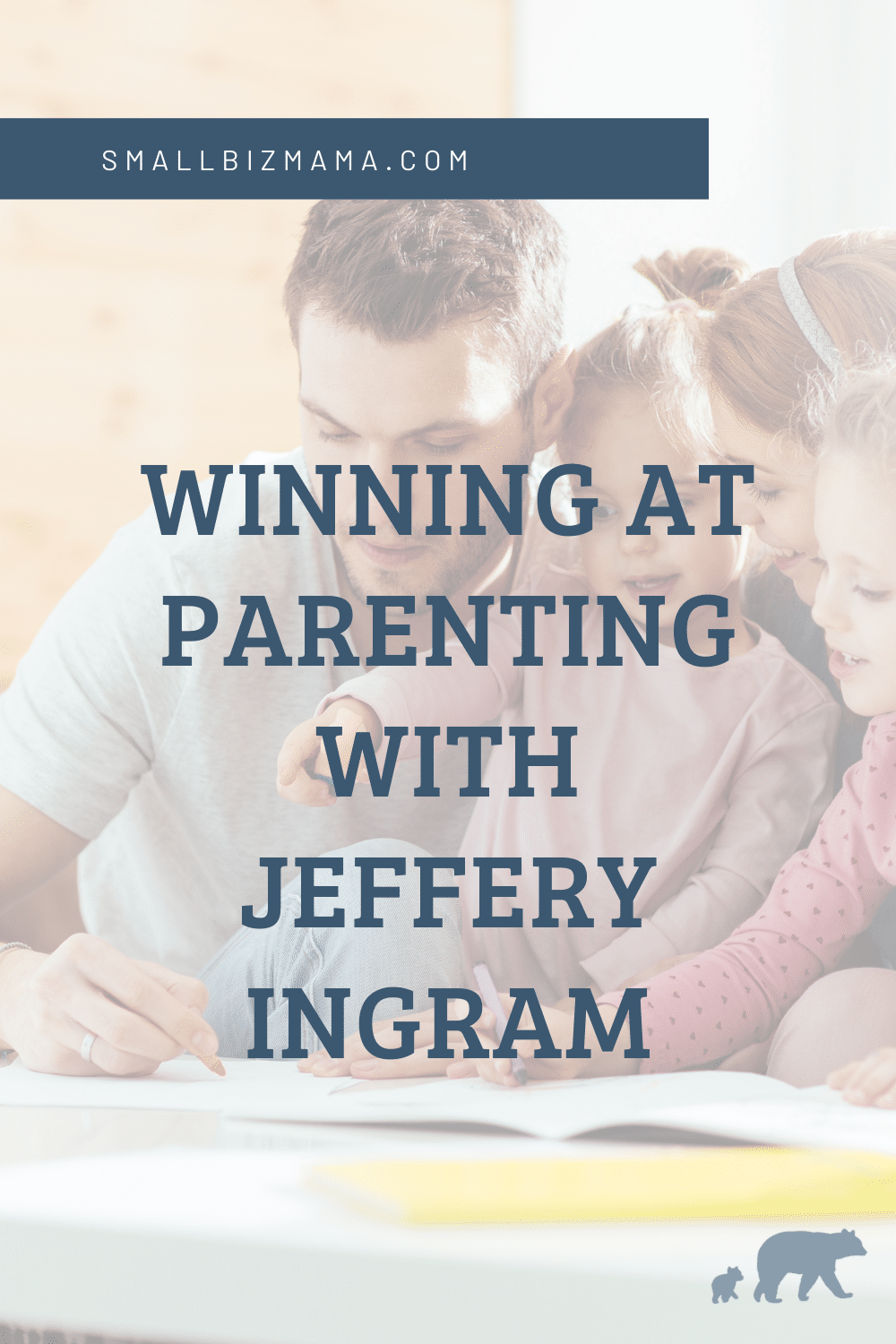 ​Disclosure: We professionally create this podcast that receives compensation from companies that we talk about. So you must assume that any link you click is an affiliate link. Kristin and Ingram Digital Media only have affiliate relationships with companies that we believe in wholeheartedly. We are independently owned, and all of our opinions are​ our own.

Episode 79: How weekly planning gave me my life back

Please log in again. The login page will open in a new tab. After logging in you can close it and return to this page.